The International Socialist Tendency which Keep Left is a part of joins the people of Turkey in condemning the attempted military coup in that country.

The plotters claim to have been defending ‘democracy and human rights’. But the Turkish army has toppled elected governments four times in the past 70 years and is currently waging a bloody war against the Kurdish people. It is no friend of democracy. A successful coup would unleash massive repression.

Opposing the coup does not imply political support for president Recep Tayyip Erdogan and his government.

After trying to impose civilian control over the military following the exposure of the Ergenekon conspiracy, Erdogan has reversed course, freeing imprisoned generals and unleashing the army in the Kurdish areas. It’s hardly surprising that a section of the military, emboldened by this retreat, has tried to topple Erdogan.

Fortunately this coup seems to have failed. Poorly organised and apparently supported by only a section of the armed forces, it has been defeated by popular mobilisations on the streets of Istanbul and Ankara. The sight of ordinary people confronting tanks and armoured vehicles and capturing soldiers is an inspiring break in the dismal history of military rule in Turkey.

Nevertheless, the coup is a sign of the deep divisions within the Turkish ruling class in a society that has been destabilised by the revolution and war in Syria. Its defeat will not end the political crisis in Turkey.

Undoubtedly Erdogan will try to use this bungled coup to increase his personal power and crush his political enemies.

Undoubtedly Erdogan will try to use this bungled coup to increase his personal power and crush his political enemies. This would reinforce the drive to consolidate an authoritarian regime that has been expressed in attacks on press and academic freedom in the past few months.

But this outcome is not inevitable. The way in which the plotters were beaten, by popular mobilisation, could open the way to a more democratic Turkey. The first task is to make sure the coup has been broken and that antidemocratic elements are purged from the armed forces.

But the fight for democracy must continue – against Erdogan’s personal rule, against the idea that the military are the ultimate guarantors of the constitution, and for an end to the war against the Kurds.

Socialists elsewhere must support the struggle of the Turkish people for their democratic rights, demand a reversal of the growing restrictions on civil liberties, and maintain their solidarity with the Kurdish people in their fight for national self-determination. 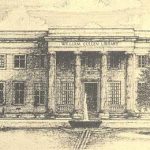