Has #FeesMustFall itself fallen?

Fees Must Fall (FMF), the first social movement since 1994 to engage in mass national protests, has been reduced to a handful of students. Why is this?

The protests were not spontaneous. They were the result of months and years of politicisation. It followed from the Marikana massacre four years ago. The formation of the EFF has been instrumental in providing politicisation to students. Branches of the EFF Student Command sprung up across many campuses leading to political debates. At the University of Pretoria and University of the Western Cape they played an important role in the protests.

The second reason is that FMF followed from the eruption of the Rhodes Must Fall movement demanding the removal of racist icons and names. The third reason is the struggle by workers at some campuses over many years to remove the hated system of out-sourcing.

These were reflected in democratic practises that took place. Buildings were occupied and became spaces of vigorous, and at times controversial, discussions around racism, sexism, homophobia, and xenophobia. Activists disrupted everyday business on campuses and initiated a debate about racism and demands to decolonise education.

The movement has flaws

The first is ideological. Decolonisation became the central theme. It is a radical argument that goes beyond appearances and how we normally speak about society. It addresses the need to change the structure of society – not certain parts but totally. Race became central to this vision. The students say everything is wrong about this society.

The education system, the suffering of cleaning workers, white supremacy, white monopoly capital, racism, sexism, homophobia and black pain are all wrong. We can’t take it anymore; it must all come to an end. We cannot continue this way, it must all stop.

But FMF’s ideology overemphasised racial identity politics at the expense of class analysis. Black Consciousness and decolonisation have serious weaknesses. It adopted the destructive notion that all black people are good and all white people are bad. It sought to ally black workers with black bosses. This is why a black student refused to pay a tip to a waitress on the basis of the waitress being white. Yet the waitress is working class. How many black workers can afford to eat in restaurants in the suburbs? How many black (or white) bosses campaign for black workers to have a living wage?

RMF meetings at University of Cape Town became racially segregated with white students not allowed in. But the danger is much bigger. There is talk that Marxism must be rejected because it originates from Europe and Marx was a white man. This problem has to be addressed because in practice and in the long term it represents a retreat from class analysis and the class struggle. It opens the door to middle class leadership of the struggle and can severely weaken the movement going forward.

Furthermore, the issues and conditions of a black student at the University of the Western Cape are very different from her counterpart at UCT. The Black Academic Caucus at UCT was also largely indifferent to the demands of the students. Similarly, the state has employed significantly more violence in its response to protests at historically black universities where there was less media coverage and very little middle class outrage.

The notion of intersectionality was central to discussions and practices. One placard, for instance, held up next to the contested Rhodes statue proudly proclaimed:

Students also ask questions of each other. The Trans Collective at UCT reminds us about the ways in which they have been written out of the student movement. They remind us about the closures that can and have come to mar many movements. These closures may emanate from patriarchal attitudes leaving little space for women and those who do not identify with predominant gender categories; they can also emanate from majoritarianism and cultural fundamentalism.

But as Faisal Garba of the UCT argues, we can’t decolonise in abstract, outside reality. The issues of class, race and gender are central. We must place emphasis on a living wage, housing and health care. The struggle against outsourcing has challenged the neo-liberal consensus in South Africa. Fees Must Fall and End Outsourcing were one in most cases.

One of the arguments around the decline of Fees Must Fall movement is that workers sold out.. But workers have been struggling for many years against outsourcing. The struggle of the workers and students was betrayed by right-wing trade union officials, particularly in Nehawu. They told workers not to take part in the Fees Must Fall protests and also signed spurious agreements with university managements that meant out-sourcing would only end in five to ten years from now.

The other weakness is that the struggle was at times escalated from one level to another by a minority of students in isolation from the majority. This minority wanted the struggle to continue regardless. Those who did not agree with them were labelled sell-outs. This minority also tried to use guerrilla tactics like burning.

But they used these tactics because they do not understand capitalist relations in society.

Students are not part of the production processes and do not make profits for bosses. But students can, and must, align with and support workers struggles. Student organisations that have supported the struggle against outsourcing are still continuing. These kind of students have a better grasp of capitalist reality.

The final weakness of Fees Must Fall is one of organisation. It would be naïve, however, to expect that an organisation could spring up magically in the struggles to lead the students. But the least that should have happened is some sort of united front approach. Student groups on different campuses could have affiliated and learned from each other’s experiences. 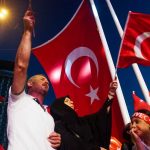