There has been a loud outcry across the country about how universities now operate and what they teach and whether our curricula are relevant to us as students. Students and workers have been at the forefront of the revolt against symbols of colonialism beginning with the #RhodesMustFall (RMF), #FeesMustFall (FMF) and #OutsourcingMustFall.

We have demanded decolonisation and transformation of learning at scores of higher education institutions; this all is captured under the phrase of decolonization.

Students are questioning the slow pace of transformation, stagnant economic growth, racialised spaces, the continued feeling of alienation at campuses and the underrepresentation of black academics and, perhaps most importantly, the dominance of western knowledge in our curriculum.

The call for decolonisation is not new. It has been there since the embryonic stages of the anti-colonial struggles across the continents of Africa and before that Latin America.

The call for decolonisation is not new

Decolonisation has to be understood as a demand for a change in paradigm away from a culture that denies our own indigenous political philosophies and knowledge systems, to one which embraces local cultural perceptions and thereby questions power relations in real ways. Taken to its ultimate logic it involves a major challenge to established political power, requiring fundamental changes to all structures of society.

Education plays a pivotal role in advancing the interests of the ruling class. The main out-come of decolonisation will be re-centering indigenous ways of knowing, being and doing, and therein lies the challenge to the hegemonic inherited post-apartheid teaching in universities. Look at how economics, politics and many other disciplines are taught and you will see that too little has changed in what we are being taught and how.

Our institutions of higher learning have become entrenched in the aspiration to become the local representatives of a dominant academic model based on Eurocentric philosophy that portrays colonialism as the normal form of social relation between the working class and the ruling class, and the normal form of society as a system of exploitation and oppression. The worth of the Eurocentric philosophy is clear-cut, and its dominance signals a commitments to subordinate all other cultures of ‘non-whites’ into the mainstream culture within the university.

The culture of white privilege

Universities in the country are embedded in the culture of white privilege in their space of learning, mostly the tragic horror of assimilating non-white cultures into the mainstream culture of the university that is profoundly like the replicas of the western institutions like Oxford and Cambridge without demonstrating the productivity of the original place that they are mimicking.

The discontent of the students has been long coming in universities across the country. Managements have responded to the first big wave of protest by seeking solutions such as the militarisation or securitisation of campuses and court interdicts to destabilise student’s movements for a decolonized universities. Numerous universities are currently characterised as sites of violent anarchy where the burning of some university property is cited to justify such securitisation.

Universities have spent excessive amounts protecting buildings. On the other hand, management is failing to answer questions of what is the psychological impact on the tens of thousands of students who face the very real prospect of not completing their studies due to their socio-economic background. These students fully understand if they cannot complete their studies they too will join the 8.3 million unemployed dashing any hopes of getting a job that can lift them and or their families out of poverty.

This is happening where South African capitalism dominated by a handful of local corporations continues to rule the country and in doing so has expanded the gap between the rich and the poor. The last twenty years has led to a situation where white households now receive a higher share of national income than they did under apartheid. Liberal democracy has heightened the socio – economic contradictions that we inherited.

With the increasing number of black student admissions into what are still preserved as the historically white universities, the burden of black universities is now shared and nothing can provide concrete evidence like the events of 2015 under the banner of #FMF. Students in their co ordinated voice challenged the commodification of higher education and the neo liberal model of outsourcing workers particularly in universities. Several institutions faced with a sustained fight by students and workers ditched the practise of privately contracted cleaning and security staff .The students continue to rally around the demand for a free education and an end to institutional racism.

The dominance of the west epistemiology in universities is taken as proof of white racial superiority. Its effect is that race acts as a central element in the composition of western identity as one superior over other cultures. This experience permeates our daily lives and has resulted in the continuation of reservation of many senior positions to white people. It illustrates the contemporary failing to recognise the existence of the common culture that a university should represent.

Nonetheless students have soldiered on to demand the decolonisation of knowledge systems and for white institutional culture to be transformed and be in line with the identity of culture of our country and not with the identity of some distant country which continues to undermine the existence of the subordinated.

To millions of young South Africans, education is the only way to break the cycle of poverty on their home fronts, to achieve sustainable developments. Ultimately this should be in line with the transformation of higher education which will enable the indigenous to disengage from the system and immerse themselves in their own culture and activities. This should be in line with our strategy of disengagement and immersion in regards to personal decolonization.

What curriculum transformation should aim at is that pedagogy (how we teach and learn) should be approached from diverse perspectives, which allow the process to be culturally sensitive, accepting cultural variations that may exist within the universities. University life should reflect the social and cultural contexts that relate to students’ experiences and recognise the importance of other cultures.

But for that to really succeed we will ultimately have to dismantle the structures and the hierarchy of the capitalist system. In so doing it is important to place class as the Archimedean point for transforming the social order of the university. What the #FMF has taught us is that we share a common enemy which is clearly the ruling class, which organizes and directs the system of exploitation, oppression, and control. The means by which this is accomplished is through intensifying the social construct of racism, which works hand in hand to ensure that the entire system continues to function through the exploitation of the working class. In essence, then, our position is one of class war against racism, and our common enemy is the ruling class. 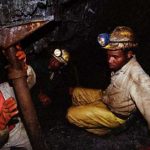