What kind of development can deal with climate change

Climate change is probably the most talked about topic in the world today, even in spite of the scourge of Covid 19 which has literally brought the world to a stand-still. As is well established, there is Intergovernmental Panel on Climate Change (IPCC) and other bodies which have been drawn in order to help scientists study the climate change phenomenon, its triggers and its effects the world over. Already, it has been established that the world has generally become warmer and the planet becoming warmer is an inevitable fate unless carbon emission is reduced.

But why should we become concerned by climate change as socialists, and more closely as the working class. Koubi states that ‘climate change poses economic, social and political predicaments that will threaten the successful implementation of the SDGs.’ It is also interesting that socialists have noted that trade unions and social-democratic movements have passed resolutions calling for governments to adopt policies that are calling for climate change and a just transition to renewable energy. Thus the bones of contention lie in the policies that address climate change, while in the process addressing also socio-economic issues.

Neoliberalism is about private ownership of the means of production and maximisation of profit from any commodity the owners may lay their hands on. This includes one of the pillars in the production matrix which is labour.

Socialism, on the other hand, postulate that communal ownership and centralised planning on the state resources remedies the levels of greed as communally owned resources have communally shared gains. Socialism ensures that public services are of good quality and within the reach of the marginalised, whereas the cut throat competition which is prevalent in neoliberalism or capitalism does not necessarily mean that it is a better option in the development technology.

It is in this light that we wish to look at the developments that need to take place in order to fight climate change.

Social predicaments brought about by climate change stem from the basic need for food security. Climate change places the world in two extreme positions. Some areas will receive extreme rains while some will receive extremely little to no rain. Diseases also break out in areas where previously they would not have existed due to the breaking down of natural borders like temperatures, total annual rainfall received natural pests to areas.

Socially speaking, this means that crops that a culturally cultivated progressively produce fewer yields and people will be forced to look for jobs in order to augment the food shortage. The land-owners have the upper hand in this case and what they decide goes. Land use severely affects the social and moral fabric of society. A case in point can be of the people of Chilonga or the people of Cross Dete in Hwange who are being forced out of their land to pave way for mining activities by some foreign investors.

The food security of these people is threatened primarily and secondarily.

Primarily because the land they used for their activities has been taken and secondarily because they have to be relocated to new areas where probably they will not have as much space as they had to sustain their livelihoods. Therefore poverty continues unabated for the ordinary citizen, yet the elites continue to pocket the profits drawn from this displacement.

The most popular political ideology is capitalism, as it favours the world elites and places the world’s resources in the hands of just 1%. However, capitalism has overseen the disruption of our ecosystem with its ruthless path to accumulate wealth while in the process alienating workers from the ecosystem with its exacerbated addiction to fossil fuel.

As socialists, we believe inequitable ownership of national resources and equitable sharing of profits earned, by the working class and hope to diminish the social stratification from one country to the next until eventually the globe overall.

This can be achieved by

This is an updated article from the meeting that Lulamile presented on ‘What kind of development do we need?’ The presentation was hosted on 5 September 2021. For more presentations please follow us on Facebook- Socialism From Below. 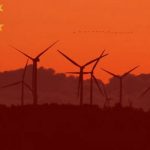 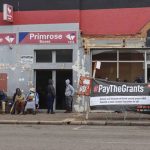