Does China have eco-socialist credentials?

Some eco-socialists still look to China as a hope in a hopeless world, impressed by the President’s words and advancements made in China to change its energy producing balance away from coal.

At the Leaders’ summit on Climate Change held in April of this year, Chinese President Xi Jinping said that “Ecological advancement and conservation have been written into China’s Constitution and incorporated into China’s overall plan for building socialism with Chinese characteristics. Further went on to give a time frame, adding that, “Last year, I made the official announcement that China will strive to peak carbon dioxide emissions before 2030 and achieve carbon neutrality before 2060.”

The world however is already in a dire state as highlighted by the recent Intergovernmental Panel on Climate Change (IPCC) report released this year which highlights extreme heatwaves, flooding, droughts etc. experienced, across the world. The IPCC report argues that “Unless there are rapid, sustained and large-scale reductions of climate change-causing greenhouse gas emissions, including CO2, methane and others, the goal of limiting global warming to 1.5C compared to pre-industrial levels, as enshrined in the Paris Agreement  Paris agreement will be beyond reach.”

The industrial centres of the USA and Europe were initially responsible for 90% of the global warming gases well into half of the last century and were still by the 1950’s responsible for 85% of the world’s emissions.

More recently the world-historical consequences of the “rise of China” as a major economic power have seen the country climb to the top in recent global carbon dioxide emissions. This has gone hand in hand with a dramatic acceleration of the global ecological crisis. By 2017 China accounted for some 27% of world emissions and is still rising.

This article whilst paying no truck with a rising anti-Chinese sentiment generated by the ruling classes of USA and in Europe looks at record of China specifically to test the Presidents message.

Some eco-socialists still look to China as a hope in a hopeless world, impressed by the President’s words and advancements made in China to change its energy producing balance away from coal.

That said the country is a major player in the world economy and as a result, is locked into competition with other world economies. This imprisons the pace at which it can change; the ruling class certainly don’t want to get behind in the race now that they have climbed up amongst the forerunners in the world. So whilst it has an impressive amount of wind and solar generation. Its coal generation still occupies the largest percentage of its power output, – some 58% and is still in a process of peaking.  “In 2020, China brought 38.4 gigawatts of new coal-fired power into operation, more than three times what was brought online everywhere else”. A total of 247 gigawatts of coal power is now in planning or development – nearly six times Germany’s entire coal-fired capacity”.

Alongside this, the country has spent billions across 152 countries to build coal power stations as part of its Belt and Road initiative. Most new coal plants today receive funding for their construction via China.

This highlights the race that the ruling class in China is involved in. On the one hand, it still exports old coal fired technology to other countries and on the other hand it only plans reduction after peaking in its own country by 2030. This makes a mockery of any attempt by the president to show an eco-face: let alone his claim to socialist credentials.

The world is already in a climate emergency. Emissions needs to be drastically reduced now, not increased.  IPCC report says, we have at most eight years to stop the temperature rise above 1,5C. On the other hand, over 1.1 million people in southern Madagascar are already experiencing a devastating famine which is the direct result of climate change.

We should not be looking to the Chinese ruling class as a beacon of hope in the struggle against climate change; they are committed and ruthless in their competitive path of being a major player alongside other capitalist countries of the world. This conditions their approach to climate change problems. Whilst we should support all reforms forced on the ruling classes of the world, by peoples’ struggle to safeguard the planet and our very existence away from the devastation of climate change, this will require a complete change from the present economic and political framework that we currently live under, to one in which people have real power from below to determine our universal future and the capitalist system is brought down. 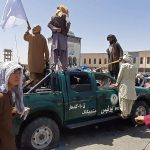 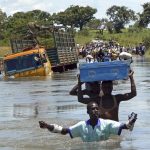