Crisis in South Africa: No to a military solution.

What started as a protest against the arrest of former African National Congress (ANC) president Jacob Zuma has turned into the most extreme looting ever imagined in our democracy.
Many people are laying the blame for the destruction on the looters, who more often than not come from the ranks of the working class and their poor families. There is of course opportunism and plain criminality involved here, and it is certain that the faction around Zuma is involved in organising some of the protests.

But the violence is in capitalism. Most of the people looting are doing so out of desperation. Unemployment is at 42%, and higher for young people. Big retailers’ profits ballooned during the pandemic as the cost of a basic food basket rose above R4000 a month, far outstripping the median wage of R3000 a month, while the government withdrew the microscopic R350 grant that was the only thing keeping some people afloat who were already hungry long before the pandemic. Many breadwinners have died during the pandemic.

Blame for this desperation and the resulting destruction must land squarely on the shoulders of capitalism – a system that loots the labour of the working class every day – and on senior ANC government figures and their cronies, in the Ramaphosa faction as much as the Zuma faction, who have enriched and empowered themselves in various ways in return for protecting and enhancing the obscene profits of one or another section of capital.

We still live in an extremely unequal society, where white abundance is ringed by a sea of black poverty and even the black middle class is taking strain. 27 years of ANC rule has failed to give back land, redistribute wealth or defeat the racial capitalism that gave birth to and survived the end of apartheid.

Soldiers cannot solve any of this. They can only suppress it until the next explosion. A return to Ramaphosian business as usual, where people starve in silence and even the employed have no security while capitalist markets allocate food anarchically to the highest bidder, is quieter but no more secure than the situation we face now.

• No to the deployment of soldiers: we demand a political response for socio-economic problems.
• Introduction of a Basic Income Grant
. Minimum wage of R12500 for those employed.
• Job creation through massive public works programmes to address housing and public infrastructure.
• Build an efficient public health system and provide vaccines for all.
• All working people affected by the looting to be compensated.
• All small businesses to be compensated by government for their losses, preferably from the profits of the big, insured retailers.

The riots have shown that it is easy to disrupt capitalism. But this is a very temporary medication. When the blockades are cleared and the looted goods are eaten or sold, both hunger and profiteering will return. We do not need a different faction of the ANC. We need a socialist revolution, where working and unemployed people together take control of food production and everything else that is made, mined or farmed in South Africa, and organise our lives according to our needs and not for the profits of capitalism. 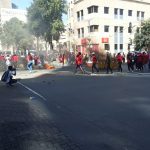 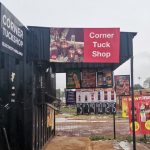 Is the township economy a route to empowerment?Africa, Economics, Politics, South Africa