Blame Capitalism for the causes and spread of Covid-19

Coronavirus is wreaking havoc across the world, killing people, hospitalizing countless others and spreading fear.

Covid-19 has killed more than 40 000 across the world and has possibly infected hundreds of thousands. In South Africa more than 1000 cases were reported by 30 March 2020. We can expect many more to be infected in coming days and weeks, both because the virus is easily transmitted through coughs or  sneezes, and because those who are infected may not display symptoms for days, making isolation too late to prevent infection of others. And with no vaccine available, the chance that coronavirus will spread remains high.

In South Africa  or elsewhere, socio-economic factors have a potential to aid the spread of this virus. While people are encouraged to wash hands, people who reside in the informal settlements lack access to water. People are encouraged to practice social distancing, but the majority of people reside in overcrowded spaces. At the same time, while government recommends that people stay home if they feel sick in order to reduce the possibility of spreading the virus, in fact more people avoid or delay a trip to the doctor or hospital when they get sick, due to the costs of medical treatment in private clinics and the collapsing public hospital system, as a result of many years of corruption and neo-liberalism.

The government acts as if it was caught off guard by the advent of Covid-19. This is untrue; the government knew from late last year about the existence of Covid-19 in the world, but decided to do nothing and failed to plan properly. This explains why Mboweni, in his budget speech in February, never allocated resources for the fight against Covid-19. Instead, he was more concerned about retrenching public sector workers such as nurses – the real people who have skills to fight Covid-19. The government only responded as soon as they realized that this pandemic has a potential of affecting future profit-making.

Unfortunately, its response  was also in the interest of profit making. This was evident in the fact that Ramaphosa at first only shutdown schools, taverns, soccer and churches, but allowed the big businesses such as factories to continue operation. This was a defeat of  the social distancing policy, because people were still going to work and mainly using overcrowded public transport. However, on 23 March after pressure from workers and trade unions, Ramaphosa announced a national shutdown.

Where did Covid-19 come from?

The Covid-19 is indeed not a purely “natural disaster”. In the same ways as capitalism produces many disasters, it also gave birth to the conditions in which a virus such as Covid-19 can jump to humans and spread. In search of profits, some big corporations are deeply involved in deforestation to expand agribusiness, and wild food has become increasingly tied into commercialised circuits. Consequently, these activities bring wild animals more and more into contact with dense human populations who are in turn in constant close contact with other human populations across the world. In this way, it is easy for diseases to leap from wild animals to humans.

This has happened many times before. In 2003, the Severe Acute Respiratory Syndrome (SARS) was transmitted via a wild animal (a palm civet) to humans. Similarly, Covid-19 broke out in December 2019 in Wuhan. Scientists who study viruses think it was transmitted from bats to pangolins, and then spread from there to humans.

Covid-19 quickly spread beyond Wuhan. This is because Wuhan hosts many visitors from across the world, and has its own international airport, connecting with over 60 destinations abroad. There were 515 million internal flights in China in 2019, with international flights growing from 6.2 million in 2000 to 51.62 million in 2016. Wuhan’s strong connections to various parts of the world, assisted global transmission of this virus.

Although it is important to stop the spread of the virus and to develop a vaccine for this purpose, the long-term answer must include cutting off the sources of these viruses. If we stop deforestation and shut down the wildlife markets, outbreaks such as these would be much less likely. But under capitalism, this is unlikely to happen, because the governments lack a potential to challenge the capitalists who make profit out of farming, wildlife market, factory farming and deforestation.

The principle that must guide the  emergency action must be the needs of society, not the interests of profit. In other words, the capitalist calculations of profits must not be allowed to limit, undermine, or prevent the combating of the disease. However, if we leave governments alone, it will place profit before human needs. Hence, it is only the working class movement that can exert pressure on the government to place human needs before profits. But this fight must not end there, it must go beyond and fight for socialism. And by socialism, we mean a society in which human needs govern the handling of diseases, not the drive for profit. In this kind of society, we would be able to respond proper to diseases such as Covid-19. 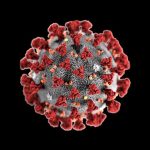