Exploring a world in rebellion

With huge anti-government movements erupting across the globe, Sadie Robinson looks the root cause of these protests and how these struggles have the potential to win

An ­inspiring wave of revolts is posing a serious challenge to the “business as usual” of capitalism.

Each revolt had a spark. In Chile, it was a rise in the cost of metro fares, and in Haiti it was shortages and corruption. Protesters in Ecuador were fighting an austerity package while those in Iraq took on poverty and corruption.

What’s interesting is how many protests have quickly developed into movements demanding much more far-reaching changes.

In Haiti, the fight against the government is drawing in new forces, which is producing arguments about how the movement can win.

In Haiti, thousands of Catholics held an anti-government march through the capital Port-au-Prince on Thursday of last week. A spokesperson for the Haitian Conference of Religious said, “Can we advance with the current political regime and this system in place? We should build anew.”

But other protesters rallied against the non-violent mobilisation, and argued that direct action was necessary.

In Hong Kong, protests are into their 21st week. They began in opposition to a law that would allow extraditions to mainland China. Now, people want the fall of the government, more democracy, and the disbanding of the police force.

In Lebanon, huge protests began over a planned tax on WhatsApp calls. Within days protesters were chanting, “Revolution, revolution.”

Why does there seem to be such an eruption of struggle now and why does it feel so militant?

The protests haven’t come out of nowhere. In Haiti, there have been waves of protest since president Jovenel Moise took office in 2017. They initially called on Moise to fix things—now they want him to resign.

And in Hong Kong demands for more democracy aren’t new—the 2014 Umbrella movement occupied streets to call for it.

In many places the current explosions are the latest phase in a longer term struggle.

Revolts keep bursting out because the system can’t deliver what people want.

They follow a decade of austerity, political turmoil and economic instability following the financial crash of 2007-8. The impact has been horrific. Across the Middle East and North Africa, youth unemployment rates have been the ­highest in the world for over 25 years. They reached 30 percent in 2017.

Over two thirds of people in Algeria are under 30. More than one in four of them were unemployed in the first quarter of last year.

In Algeria, protests earlier this year were sparked by the decision of president Abdelaziz Bouteflika to seek a fifth term in office. But there is also deep bitterness at youth unemployment that has been simmering for years.

Although not on the same scale, actions such as the Yellow Vest movement in France or general strikes in Greece are more signs of the anger.

The impact of austerity isn’t the same everywhere. But the attacks have fed a general discontent with the system. On top of that, growing awareness of climate change means wider layers of people feel that the system isn’t working.

The current wave of revolts isn’t a blip that can be easily overcome.

The revolutions of 2011 were a product of a long-term revolutionary process caused by the crisis and instability of the region. The latest uprisings are part of that process—and more revolts are likely until radical change sweeps the region.

The revolts are rooted in the inherently unstable nature of the system. The revolutionary Karl Marx explained how capitalism repeatedly goes into crisis.

There are waves of resistance because the factors behind them are generalised—and what happens in one place affects things elsewhere.

Today there is a general economic and political crisis—not just in one country but across the globe.

This means there is more anger and ­bitterness at the system, and less faith in the people at the top.

At such times, protests can quickly develop to become a challenge to the system. And seeing struggle erupt in one place can make people ­elsewhere more confident to fight.

This is what happened during the 2011 Arab Spring. Protests began in Tunisia in December 2010 over unemployment and high prices. They became a revolution that forced out dictator Ben Ali, who had ruled for 23 years, within a month.

The Tunisian uprising sparked a revolution in Egypt, where people had suffered repression and hardship for 30 years under dictator Hosni Mubarak. He was gone in 18 days.

The Egyptian revolution then led to more uprisings—in Libya, Bahrain, Yemen and Syria.

Similar waves of struggle have taken place throughout history.

In 1968 movements for black power and women’s rights combined with the anti-Vietnam war movement, student revolts and workers’ strikes.

There were mass strikes and protests in France, riots in the US, the Prague Spring in Czechoslovakia and civil rights battles in Ireland.

The First World War ended with revolution in Russia.

There was widespread anger at the hardships that people had endured during the war, and a determination to get change.

Revolutionary situations and revolts broke out across the globe in the years that followed.

Capitalism is a volatile system that encourages struggle. But we can’t just sit back and wait for the revolution.

Discontent with the way things are can be pulled in a right wing direction. The election of Donald Trump in the US, Jair Bolsonaro in Brazil and big votes for far right parties across Europe are worrying signs.

And anger at the system doesn’t mean that people will automatically fight back.

Workers create wealth under capitalism and have immense potential power.

But the system makes us feel powerless and alienated. This also makes people more vulnerable to ruling class ideas.

So how can we encourage struggles that can win?

Some people fighting today have learnt some lessons from the Arab Spring.

Changing a few faces at the top isn’t enough to transform society. Instead there needs to be a confrontation with the ruling class and the states that protect them.

But brutal counter-revolutions against the Arab Spring, backed by Western powers, have shown what our rulers will do to try and crush resistance.

In order to win a different kind of system, we have to be prepared to take them on. It can seem impossible when faced with the might of armies, militarised cops and the like.

But ordinary people far outnumber the rulers and their backers. And workers have the power to shut down their system.

Workers have played an important role in the recent revolts. There have been general strikes in Chile, Catalonia and Sudan, and workers have also struck in Hong Kong.

More involvement of workers self-consciously as organised workers is what can drive these movements forward.

In each of these movements, there are tensions between different groups of workers.

In every movement there are arguments about tactics.

Reformists try to steer revolts into a safer direction that keeps the system intact. Some argue that workers should leave things to “experts”.

Yet revolt has the most chance of success if it’s based on workers acting for themselves – and it refuses to compromise with the old ways. In Sudan the Sudanese Professionals Association, made up of independent unions, has helped to develop the movement there.

In Algeria, a general strike pushed the movement forward. In Egypt, workers’ strikes were key to forcing out Mubarak.

And in Chile last week a two-day general strike saw ­workers from the country’s main trade union, CUT and 20 other groups. The powerful Copper Workers Federation joined the strike and workers from each region of the Coldelco, the state-owned mine, joined in.

Workers have the numbers and the skills to overthrow capitalism and organise a socialist society.

Building up revolutionary organisations that can fight for this can make a crucial ­difference in the struggles. 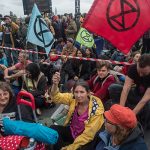 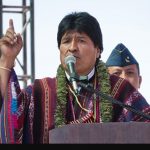