Gaddafi and the intervention of NATO

There has been a recent resurrection of Muammar Gaddafi’s policies within many African discourses. One which stands out the most is that he was a true leader of Libya and a bold fighter against imperialism in Africa. This article does not attempt to posit the former leader of Libya within Marxism, but will look briefly at the Arab Spring, Gaddaffi’s regime and the 2011 intervention in Libya of NATO, the North Atlantic Treaty Organization, which resulted in the death of Muammar Gaddafi and ended his 42 years’ rule, following the 2011 uprisings known as the ‘Arab spring’ which exploded in several Northern African and Middle East countries, namely Libya, Egypt, Morocco, Tunisia, Syria and Bahrain.

The Arab Spring spark started in Tunisia with Mohammed Bouazi’s sacrificial act of setting himself alight to protest the seizing of his vegetable stall by police over failure to obtain a permit. His act resonated with millions of others in Tunisia and it rapidly escalated to include the demands to end poverty, unemployment and political repression, and for President Zine El Abinde Ben Ali and his regime to step down after ruling Tunisia for more than two decades. The protests were successful at bringing an end to Ben Ali’s rule and forcing him to flee into exile in Saudi Arabia. The mark of the Arab Spring was how quick it managed to spread across the neighbouring countries of Tunisia and most importantly how the masses found links in the Tunisian uprising. For instance,, the Egypt revolution in a similar vein to Tunisia forced the regime of Hosni Mubarak to step down after three decades of authoritarian rule and this was due to the successful uprising by the masses.

Gaddafi came into power during the major global upsurge of the late 1960s which included the student rebellion in France, the Civil Rights Movement in United States, political independence struggles across Africa waged against colonial rule and the Vietnam war resistance. Moreover, what was inspiring to Gaddafi was Egypt’s independence from Britain in 1952 and the coming into power of Gamal Abdel Nasser who, after seizing power, rolled out major programmes of nationalization of large sections of the economy which were previously under the control of Britain and France. Behind this back-drop, there was a big boom in the oil industry in Libya, transforming the economy of Libya and only benefitting a small section of the population surrounding the monarchy.

Growing demonstrations against the king by students triggered a first discontent of his rule; specifically, how wealth was distributed amongst networks of patronage and not developing the country. This thus led to the 1969 mass demonstrations of the national oil strike. As the movement gained momentum, the monarchy’s rule succumbed and ended with Gaddafi and his Revolutionary Command Council taking over Libya. In its embryonic stage, the new leaders of Libya, inspired by Egypt, set out programmes of nationalizations of oil operations, banks and some Italian assets. This was a move against imperialism.

The anticolonial struggle was mostly about shifting power from the old order by a new rising middle class since the working class was not fully developed to take power from the ruling class. In its attempts to consolidate power, the new military elite absorbed the revolution into a one-party state modelled as Nasser’s party in Egypt. The Arab Socialist Union (ASU) was declared the only official state party crushing all oppositional parties. With this came tensions which resulted in an unsuccessful coup against Gaddafi, leading to Gaddafi dissolving the ASU to retain power and introduce new reforms in his own established Green Book based on saturated “socialism” (state-bureaucracy), democracy and Islam, and in addition, establishing committees that oversaw the functions of state.

The unelected committees were repressive in nature and operating in a new model of Jamahiriya – simply translated into “state of the masses”. This doctrine emphasized that Libya is a democracy of the people, governed through the revolutionary councils. But it was a myth of popular democratic control. The committees took over all the media and management of all factories and schools except for the oil industry, which brought in most of the state revenue – leaving the oil industry tightly controlled in the hands of Gaddafi and his proxies.

Gaddafi’s regime funded welfare programmes of development through the injection of money coming from oil production. As the holder of Africa’s largest oil reserves and ranked ninth globally, the regime generated an estimated 32 billion US dollars in 2010 from its oil revenue. The regime provided free education, healthcare, subsidised housing and transportation for the poor. But, despite the improvements in living standards, the workers and the vast majority of the people remained underpaid and exploited and youth unemployment was high. Moreover, the regime was considered to be in the top ten worst countries with respect to workers’ rights.

The workers were deprived of their rights, victimization by the bosses was a norm and they were subjected to marginalization. To make matters worse, the regime replaced the workers’ day which became commemorated on the 1st of September, coinciding with the anniversary of the arrival of Gaddafi into power. Throughout the 1990s the regime set itself on a path of neoliberal policies of Infitah (opening). These were rewards to the loyalist of the regime, many of whom benefited, as well as some of the Western multinationals cooperation. It became a state of oligarchy where certain powers of state were concentrated in the few people close to Gaddaffi.

Gaddafi’s opposition to Western imperialism came with a price. It cost the regime an unbearable isolation from the international markets when a series of sanctions were imposed on Libya, which starved the oil-wealth nation of new investments. Moreover, prior to the sanctions, the United States attempt to assassinate Gaddafi in 1986, which turned out as a failure, but in its response, the Libya regime was believed to have ordered the bombing of Pan AM flight 103 over Lockerbie in 1988. However, this inter-conflict came to an end when the war on terror shifted the dynamics of imperialism after the 9/11 attack and Gadaffi’s 2003 renunciation of nuclear weapons.

The Libyan revolution began on the 17th February with modest demands outside the Benghazi courthouse. Benghazi had witnessed features of political unrest since 2007 over issues of the 1996 massacre at the Abu Salim prison without generating much international attention. This time the state on 17th February responded with repressive attacks on peaceful protestors, killing scores of unarmed civilians. Such gruesome attacks – the regime continuously killed, incarcerated and tortured thousands of civilians – forced the peaceful movement into an armed struggle.

On the other hand, the United Nations General Assembly responded by unanimously suspending Libya and this was the first time such a resolution was endorsed. In addition, Libya was declared a no-fly zone and sanctions were imposed again. This opened the door for Western intervention in this sovereign state, by accusing the regime of human right violation using the ‘humanitarian intervention’ to justify the NATO-led coalition intervention backed by Sweden, Qatar, Jordan and the UAE, which also took part in the operation. Humanitarian intervention can be understood as forcible action by an external agent in the relevant political community with the predominant purpose of preventing, reducing or halting ongoing grievous suffering or loss of life. On the surface, humanitarian intervention was the most attractive justification for NATO-led intervention in Libya. However, this has clearly indicated NATO’s inconsistency, as it has failed to respond to similar situations in Bahrain, Syria and Yemen, thus proving the objective behind the intervention was mainly regime change to get rid of Gaddafi’s rule.

The NATO-led coalition made it impossible for the revolution to succeed on its own terms. Instead, it opted for the National Transitional Council (NTC) to replace Gaddafi’s regime, which was comprised of former regime figures within its ranks. The NTC was to abide by all contracts signed by Gaddafi’s regime, which they fully adopted. The new Libya would remain the same, only without Gaddafi in power. From this it can be deduced that the NATO-led coalition was to move away from the authoritarian reign of Gaddafi to a more quasi-democratic state, secure a central role in North Africa and further exploit the oil in Libya. The coalition has failed to secure and ensure it rebuilt a peaceful state since the successful mission to end Gaddafi’s reign. The country has seen political unrest and the civil war persists to this day as different factions fight for state power.

Gaddafi’s regime was not in any sense a socialist state but clearly a nationalist state with the centre determining the future of the state. Moreover, the regime post-mortem with relations to the working class was of one using coercive force to sustain its power.

The working class under the regime was at its lowest compared to the pre-Gaddafi’s regime since Gaddafi and his authorities had dismantled any form of opposition against his reign.

Libya today is in more ruins than ever. The NATO intervention deposed a dictator but did not bring democracy and instead encouraged the civil war. Therefore, only the collective strength of the working class can smash the existing state and build a socialist alternative without any interference of imperialism force. The masses have shown their capability just as much before as they were decisive on the ground when they fought the forces of Gaddafi. 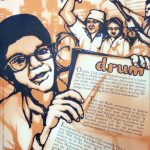 1968 and The Black Revolution DRUMLabor and Unions, North America, Politics 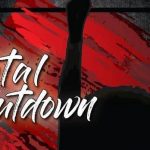 1 Year After the #Totalshutdown-Why are women still not feeling safe?Gender Identity, Politics