1968 and The Black Revolution DRUM

The #BlackLivesMatter movement in 2015 was historic – raising global awareness on the systematic repressions of blacks by the US police. One of the originators of the movement, Opal Tometi, specified that the aspirations of the movement goes beyond civil rights and that the movement characterizes itself as a human rights movement for “the full recognition of Blacks’ rights as citizens; and it is a battle for full civil, social, political, legal, economic and cultural rights. The struggle against racial inequalities in the US has been persisting since the trans-Atlantic slave trade – faced with resistances from Blacks in the US since its inception. This article will look at the League of Revolutionary Black Workers, one of the strong forms of resistance in the late 60s and early 70s by Blacks in the US and whether these were sufficient to destroy the America’s racial inequality.

The year 1968 was the year that powerfully shook capitalism – the year which saw the students’ revolt and workers’ uprising in France bringing the system into total chaos; the year of the Prague Spring, when students, workers and academics challenged the Stalinist Monolith only to be crushed by Russian tanks; and, more importantly the year 1968 ushered in a new form of black resistance in the ghettos rising in protest to the assassination of its non-violence leader, Martin Luther King.

The Black Panthers had been founded two years before. Its founders, Huey Newton and Bobby Seale, had been under the influence of cultural nationalism while students. However, the wave of uprisings in the ghetto led them to conclude that what was needed was an organisation for the armed self-defence of black people.  As one leader of the party would say about the strategy and tactics of the party, ‘our brother Martin Luther King exhausted the means of non-violence with his life… but like a panther -who doesn’t attack – when we are pushed into a corner we will defend ourselves’.

The Panthers went on to become a party which openly proclaimed fighting back against attacks by racist whites on blacks. The Panther’s programme had ten points focusing on the right to jobs and decent housing and an end to exploitation by white businesses in the ghetto. The central point to its rise and attraction was its open self-defence against police and racists.  The leaders of the party went on to practise what they preached by tailing and patrolling police vehicles in the ghettos. The Panthers’ revolutionary ideas grew also in the student milieu and added to the growing revolutionary current there.

The Panthers was the most prominent black revolutionary organisation but not the only one. In Detroit, the centre of the USA’s automobile manufacturing capital which housed the three big car giants General Motor, Ford and Chrysler, another organisation developed which organised differently from the Panthers and opposed the focus on the community and the ‘lumpenproletariat’ as argued by the Panthers. Instead, it argued for the role of the employed workers. It believed that actions in the work plant are more effective in damaging the ruling class than the agitations in the ghettos. Relying on the numbers of the workers in the plants, it stopped turning a blind eye on political, militancy and organised labour of the workers. The group produced its own newsletter, DRUM, which stood for Dodge Revolutionary Union Movement. It had a greater impact on disrupting works in the plants and leading a strike which kept 70% of black workers out of the plant for three days which resulted in Chrysler losing 1900 cars.

It wasn’t long until the success of DRUM inspired similar groups to rise. In a plant that produced Chrysler’s gearboxes and axles, ELRUM followed in the similar manner and shut down most of the plants in January 1969. The league eventually came together to form the League of Revolutionary Black Workers – a force to be reckoned with, that came close to winning some of the Auto Workers branches and shaking the unions. It became quite powerful in some plants, mobilising against systematic discrimination against black workers, and protested an increase in production without an increase in person-power.

The organisation, unlike the Panthers, was able to represent a major conscientization of revolutionary ideas among American workers in the early 1970s. The league’s base was in the factories and here it had its Achilles heel – the black workers rarely represented more than half the work-force. Yet the league insisted that black workers had to organise separately from white workers. This ended up in the league alienating a lot of workers who were initially involved in the two key strikes mentioned above.

The strategy of the league relied on the spontaneous mass action by workers than on the works of the existing structures. Therefore, the league was merely reduced to industrial guerrillas whose unrelenting attacks would somehow spark a general uprising in the ruling class. The league had no meaningful education programme and rejected Marxism and Leninism on the basis they were white and irrelevant to the workers. The workers that comprised a substantial majority of the league were Blacks whose consciousness was informed along racial lines and subsequently their tactics involved replacing white management with black managers.

The black militancy gradually subsided. The American ruling class created a black middle class and handed out money to black capitalists, in addition, breaking down the racist norms in factories on promotion to certain managerial position and ending the controversial segregation practice. In the ghettos, things remained the same. The development of a black middle class did not create jobs for the black working class in the ghettos but instead co-opted black leaders of the 1960s into the system. Politics once again went on as usual but this time slightly differently, dominated by the Democratic Party and only this time with a black coloration, but re-imposing old ways of living and thinking which assumes there is no other way to organise society.

The 1968-1970s manage to shake the racist capitalist state of US and gain some few reforms for workers and the working class. It was this resistance in US that breathed a new life to the mass anti-war movement in US which eventually led to the US defeat in Vietnam. However, to defeat the racism which is gaining strength in the US today, we will need to rebuild militant movements in workplaces and outside, which learn from the weaknesses and the strengths of movements such as DRUM. 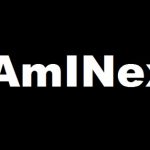 “Will I be next?” Why the death penalty won’t protect us (and what might).Gender Identity, Politics 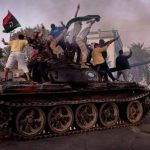 Gaddafi and the intervention of NATOAfrica, Politics