The Public Protector VS The Presidency

The independence of the public protector only goes as far as their failure to seriously challenge whoever is in power.

If you focus only on the facts of the quarrel, it is possible to go back and forth without ever reaching a satisfactory conclusion. On the one hand, why didn’t the public protector go after the giant corruption in South African Airways or the purchase of wrong sized trains by PRASA? On the other hand, why are big banks such as HSBC and FNB revealing confidential information about bank accounts to imply – (not proving, mind you, just implying) – that the public protector received payouts?

At some point, we have to step back from the tiny details and look at a bigger picture. And that picture tells us that it’s time for something completely different.

First, it is clear that state institutions are being abused to continue the factional battle arising from the crisis in the ruling party, and it is spilling over further to draw in institutions beyond the state as well as sinking into politically motivated assassinations in places such as KZN and Mpumulanga. In this battle, far from politicians acting as servants of the people, the electorate has become a tool for one side to club the other. Accountability goes out the window and voters’ needs and desires are trampled. The independence of the public protector only goes as far as their failure to seriously challenge whoever is in power.

From National Union of Mine-workers to capital darling

Second, we have to start questioning a form of morality that quite rightly denounces the Gupta-Zuma corruption, but does not question the legalised purchase of politicians by big capital.

Of course socialists are against corruption, whether it’s Zuma using his political office to attract money or metro police extracting money from traders during raids. But what about Ramaphosa? Never mind the public protector’s accusations, let’s look at the parts of his record everyone agrees on, the things he is even proud of.

The truth is that Ramaphosa sold his political soul to the highest bidder as surely as Zuma did – he just did it legally and openly. Ramaphosa got fabulously rich purely on the basis of his political history, as a leader of the mineworkers’ union and then as a negotiator for the ANC. Big businesses was looking for the quickest and cheapest way to claim black empowerment, gain political influence, and tie the liberation movement to capital’s fortunes, and one of the ways they did that was to give Ramaphosa thousands of shares in various companies – not enough to boost him to the top ten richest list, but enough to put him in the top fifteen and certainly enough to cloud his loyalties. Ramaphosa then used his political networks to influence government (under Zuma’s watch) to send police to intervene in a labour dispute at one of the companies he had an interest in – leading to the murder of 34 miners. Now he is back in politics, without having severed those networks to some of the richest companies in South Africa. The fact that these ties were forged openly in a boardroom rather than in someone’s sitting room does not make them any less corrupt.

Overseeing the success of neo-liberalism in South Africa

Moreover Ramaphosa has already made himself into a liar by telling us to brace ourselves for job losses just months after his grand promises at the job summit. His faction has no intention of overturning the broad economic approach introduced by Mbeki, which allowed the giant companies which grew fat on black people’s labour during apartheid to legally take their profits to other countries – daylight robbery at a time when these companies should have been, at the very least, hit hard for reparations for their role in apartheid. This was a much bigger drain than even Zuma’s corruption on the resources available to improve the situation of the working class. If you think about it this way, its hard to understand the difference between the Gupta-Zuma saga and Mbeki’s whole cabinet buying in to the neo-liberal ‘Washington Consensus’ put forward by the IMF and World Bank on behalf of multinational companies, except as a difference of scale. The CR faction went after Zuma with a big anti-corruption axe but have done nothing about companies under-reporting their profits to avoid taxes and have done nothing to stop the R900-billion which is estimated to leave South Africa annually in illicit flows by big companies. Maria Ramos– another one who got where she is because of her political office – will retire this year with R30 million in her pocket while other ABSA directors are still sitting pretty despite admitting to manipulating the rand.

And this bring us to the third point – the many ways in which capitalists everywhere always manipulate governments and defraud the population, ways that are named ‘economics’ rather than corruption, which are considered legal and unremarkable in capitalism, and which remain hidden in plain sight under technical names such as ‘shorting the rand’, ‘declining investment’ and ‘short-term inflows and outflows’, ‘transfer pricing’, or ‘manipulating financial statements’. These are various ways in which investors punish governments which don’t do what they want, and steal money.

Obviously these manipulations are most effective for the biggest multinationals with the biggest assets and international reach, leaving the later-arriving capitalists like the Guptas to resort to direct, personal bank transfers and black plastic bags of money (not that the biggest companies are above this cruder kind of bribery – the oil giant Shell paid Nigerian politicians amounts greater than the country’s education budget to secure their exploitation of that country’s oil). More than R900 billion is estimated to leave South Africa annually in illicit flows.

We have been tossed around this washing machine enough times now to have learned that no faction of the ruling party is getting down to solving the massive problems of workers, but it’s also time for socialists to start pointing out that this problem is bigger than the integrity of the ANC. It is also about the way economic power is left unquestioned and separate from political power, and the way the state, within capitalism, is really the ‘executive arm of the bourgeoisie’ independent from capital only insofar as it rises above the interests of competing capitals to look after the collective interests of capital, but not allowed to act against those interests in the interests of other classes.

So we don’t want Zuma back – he is no friend of the working class. But we don’t need that other butcher of Marikana either, who also sold his soul to multinationals, nor that darling of capital Pravin Gordhan, who maintained the conservative treasury policy established by his predecessor, Trevor Manuel. We need to start insisting that the real choice is to start looking for something completely different, where our elected representatives are subject to instant recall and must regularly account, in person, to mass meetings on the ground, and where this mass democratic control must extend right into the heart of the economy, beginning with expropriating all the productive wealth of the country from private hands. 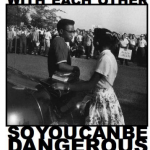 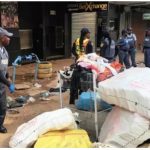