At this moment Caster Semenya stands to be discriminated against in the sporting fraternity because her body produces more testosterone than expected from a female body and it is seen as an unfair advantage on her fellow athletes on the racing track.

Caster Semenya holds the 2016 Olympic gold medal in the women’s 800m race and the 2009 world championship, not forgetting her 2017 world championship personal best record to date of 1:55:16. She has conquered every race she has participated in since 2016, reducing her opponents to mere spectators in the race and us the fans mesmerized with her speed and pace. She is truly a world-class and prolific athlete.

The International Association of Athletics Federation (IAAF) which governs sporting athletics is in the process of implementing new regulations that will force female athletes with an above-average testosterone level to take hormone-suppressing drugs to reduce the testosterone level.

Testosterone is a natural hormone in men which helps with muscle development and strength, but some females produce more testosterone than deemed normal at above 5nmol/L which is the IAAF’s limit and they are labeled different as they have both male and female hormones. Semenya produces a high level of testosterone, the IAAF argues that a high testosterone level in females gives them an unfair advantage to their fellow opponents who are labeled normal hence the new regulations.

In order to be equal to her opponents, Semenya has to choose her races. In this regard, the IAAF has ordered Semenya to take hormone-suppressing drugs to reduce her testosterone level 5nmol/L and maintain that level. She has numerous times fought the IAAF recently losing her appeal at the Swiss-based court of arbitration. In 2009 she had to undergo humiliating testing in order to verify her gender that indeed she is a female since the IAAF questioned the eligibility of her gender. Not only did this almost end the beginning of a successful sporting career, but it also had her sense of self brought to disrepute.

The 36years long 800m record set by Jarmila Kratcochvilova in 1983 is under threat because an African national (Semenya) is at the prime of surpassing it and setting a new record. The difference in sexual development is when a female produces higher than normal level of testosterone and it is seen as a rare condition. some women will grow a beard due to hormonal imbalance and in some instances, men will have an enlargement of breasts and hips due to hormonal imbalances. Sex determination occurs in a narrow window of time during fertilisation and it depends on a very few critical genes, the main gene being DMRT1 also known as the switch gene, if it happens that this gene starts to perform inappropriately or is disturbed sex reversal may occur, even in adulthood.

At birth, we get assigned a sex normally being male or female based on our sexual parts and we call it biological sex most societies have only two sexes (male/female), while other societies recognize more than two sexes, the Bugis in Indonesia have five genders 1. Oroane (manly men), 2. Makkunrai (womanly women), 3. Calalai (manly women), 4. Calabai (womanly men), 5. Bissu (half male & half female).

Other societies only recognise a non-binary gender when an individual is born with any several variations in sex characteristics including chromosome, gonads hormones, or genitals which do not fit the typical definition of male or female bodies whom we call intersex. Lastly, there’s gender identity which is a personal sense of one’s own gender mostly about how an individual feels inside and how one expresses themselves in public, a primary school in Ireland recently made headlines about their neutral uniform policies to allow boys to wear skirts and girls to wear trousers.

Semenya is not the only female athlete to undergo the discriminatory flag. In 2014 a young female athlete from India by the name of Dutee Chand who races the 100 and 200m as opposed to 800m runner Semenya, was barred from competing against women because her testosterone level exceeds the IAAF regulations for female athletes. She appealed her case at the court of arbitration in 2015, which the ruling found that the IAAF had insufficient evidence to back up their case and were given two years to build their case and provide substantial evidence to make their regulations binding. Three years later Semenya feels head-hunted by the IAAF because she also produces an above-average level of testosterone.

While everyone is focused on the actual case on testosterone, no one seems to be looking into the psychological and emotional impact these regulations will have on these female athletes, clearly, their bodies are merely reduced to objects subjected to scientifically testing and not taking into consideration of emotional abuse inflicted on them. Caster has boldly rejected to take the hormone-suppressing drugs as required in the IAAF new regulations. She has taken the IAAF ruling to the court of arbitration to appeal the decision. On the other hand, while awaiting the appeal ruling outcome; she has set her eyes in conquering the 3000m race which doesn’t require her to take hormone-suppressing drugs.

Article written before the appeal 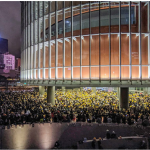 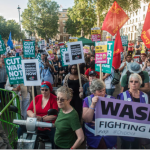