Protesters smashed into Hong Kong’s main government building, the Legislative Council, on Monday – and ramped up the crisis facing its rulers.

“For the longest time we wanted to get in here,” said protester Edgar Kwok. “If we the people can get in here it means you have to listen to us.”

Demonstrators used metal poles, shields and a metal gate they had unscrewed outside the building to break through the reinforced glass. They came prepared with hard hats to fend off police attacks and fought for hours to invade the building.

Once inside, protesters spray painted the Hong Kong crest above the Speaker’s chair. They tore down portraits of officials and sprayed pro-democracy slogans on the walls.

Lam denounced protesters’ “extreme use of violence” while the cops whined that Monday’s protest was a “riot”. Yet state officials failed to condemn the extreme violence of police, who used batons and tear gas against demonstrators.

One sign held up in the Legislative Council read, “There are no violent rioters, only a violent regime.”

Protests took place on Monday to mark the anniversary of Hong Kong’s handover to China from Britain in 1997. They followed massive marches against a new bill that would have allowed extraditions to mainland China.

This would allow China to target its political opponents in Hong Kong.

A quarter of the population has taken part in the protests against the bill. They forced Lam to suspend it – but she hasn’t fully withdrawn it.

Protester Edward Yiu told the Hong Kong Free Press, “She is only paying lip service to Hong Kong people. There is no democracy in Hong Kong and she only listens to her bosses in Beijing.

“That is why we need to come out and fight for democratic values.”

The resistance in Hong Kong is inspiring. The reaction from those at the top shows their fear of the power that ordinary people have when they fight back collectively.

Unfortunately some protesters held up a Union Jack flag during Monday’s protests. This suggests that a Hong Kong run by Britain would be better than one effectively run by China.

But there was no democracy in Hong Kong under British rule. Most public protest was illegal and ordinary people lived in poverty.

Britain only got hold of Hong Kong in order to strengthen its position against its imperialist rivals, including China.

Protesters should look to their own power to win real democracy in Hong Kong. 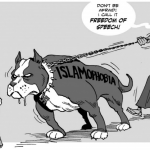 The rise of Islamophobia and what needs to be doneInternational, Middle East 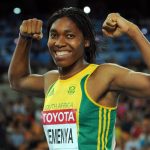