Dear men: dump the trashiness, take up anti-sexism instead

The oppression of women persists in all class societies. Before class society, women had played a major role in early gathererhunter societies but with the rise of class they were driven out of being co-decision-makers with men, into a position of formal dependence and subordination. Later, the expansion of capitalism systematically formalized within the society a new type of economic, social and political subordination of women to men. Capitalism has sustained itself through the systematically oppression of women as norm. This shift Frederick Engels described as “The world historic defeat of women.”

There is nothing automatic about this process, as it is rooted in the development of class society which tends to prioritize men’s labour over women’s – making it efficient for the bourgeoisie (ruling class) to appropriate and exploit men due to their masculinity. To this day, biologically based justifications have been used to portray as ‘natural and eternal’ the inequality and the division of labour between men and women. This biological determinism which subordinates women has come to be treated as a product of human nature. On the other hand, through the mainstream discourses, religion, cultural and customary practices have been used for centuries as a guiding light for systematic oppression of women in every corner of the global. In this regard, the class which is the ruling material force of society is automatically the class that controls the means of mental production and intellectual force over its people. As Marx clear puts it “The ideas of the ruling class are in every epoch the ruling ideas”.

The idea that men automatically benefit from women oppression as raised by many feminists is a superficial analysis. Feminism often concentrates on patriarchy which has various definitions. Patriarchy can be summed up as the systematic institutionalization that insists men are inherently dominant and superior over women. Most feminism views male supremacy as universal and has existed ever since the beginning of humanity. If this is the case then the conclusion is that the main struggle that needs to be waged by women is one by women against men.

In opposing that view, the oppression and subjugation that women experience today has not always existed but is rooted in the expansion and rise of societies based on private property and divided into classes. However, male dominance both in its origin and its current form is essentialy linked to the structures and inequalities of class society. Therefore the main struggle is class struggle, in which the struggles by women against their own specific oppression dovetail with those of the working class for fundamentally abolishing social structures of society to end all inequality and oppression.

The benefits that proletarian men get from the oppression of working class women are marginal in that a factory worker’s advantages over his female partner are marginal as compared to those the bourgeois male and his whole family have over the factory workers as a class. Class, not sex, is the fundamental division in our society that the ruling class continues to use to divide and appropriate wealth in societies. But it employs the oppression of women to facilitate appropriation of wealth in various ways.

The ideology of women’s dependence on men at home supports the abuse of women, who are harassed and sexually abused, and this is evident through the recent increase in news about the abuse, beating, abducting and killing of women. We live in a society which invites men to reduce women to objects. Men are supposed to demonstrate love through spending and commitment through financial support, in a society where money is a way to own things. Men are invited to put all their hopes and fears and frustrations into another person, and are often excused when they unleash frustrations on that person.

When a working class women fulfils her “prescribed duties” determined by the system, she is essentially producing the next generation of labour power and refreshing her husband, herself and her family for the system. In this regard, the real cause of women oppression is not the individual men but the needs of capital accumulation by the ruling class, which deliberately alienates women from playing a part in the accumulation of wealth and being codecision makers in the society and sees them merely as the nurturing of next generation of labour power.

The real liberation of working class women strongly dovetails with those of the working class men as a class against the system. In uniting to emancipate their class they are basically beginning to challenge the traditions of women subordination to men, elements of oppression and resistance to social structures that persist to subordinate them as a class. The oppression of women has formed an essential part of the state apparatus in order to maintain the ruling class economic and social dominance over the working class. Therefore under capitalism there can be no absolute end to women’s oppression without the end to class society that has created it at the very beginning. And therefore the fight against sexism is important to building the power and the unity of the working class. More than half the world is women, and more than half the proletariat. Working class men need to wake up that they have more to gain from putting aside sexist ideas than the tiny domestic powers they gain from sexism, or the considerable, life-or-death power to take out their frustration on a ‘weaker’ body while gaining from that individually momentous act no power at all to alter their own life chances in capitalism. 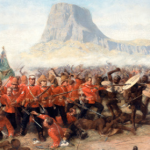 Land and the Making of the Black Working ClassLand, Politics, South Africa, Uncategorized 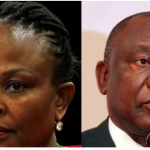 The Public Protector VS The PresidencyUncategorized