Land and the Making of the Black Working Class

What is more remarkable than Miriam Makeba condensing the
political-economic history of South Africa into a song, is how smoothly racial capitalism naturalised the giant theft of labour power accomplished through land dispossession which Makeba sings of.

The 1913 Land Act, sometimes mistaken for the start of land grabs, sealed centuries of dispossession. The Land Act was a catastrophe: Sol Plaatjie in Native Life in South Africa captures the story, amongst others, of two people with nowhere to bury their infant who died in the cold on the roadside in the days after the Act came into force. People lost their people’s graves, their social networks, parts of their identities, and their livelihoods in the chaotic forced migration that followed. Plaatje quotes another sharecropper: ‘Natives have been moving from north to south, and from south to north, all searching at the same time for homes and grazing for their cattle. During the last few weeks the roads were hidden in clouds of dust, sent up by hundreds of hoofs of hundreds of cattle, their owners with them, vainly seeking places of refuge.”

In fact, very little land was still under Black people’s control by the time of the 1913 Land Act. The Pedi polity was able to defend their territory until quite late by buying guns with the cash from migrant labour, but they were defeated by the British in 1879 and thereafter corralled into a severely limited territory.

In 1894, the Glen Grey Act outlawed what was left of local systems of land allocation in the British-occupied territories, enforcing individual land tenure (which was in turn linked to voting rights), and set up the first ‘native reserve’, which was to become the template for 1913 and for
the Bantustans more than fifty years later.

At the end of the Anglo-Boer war, people in territories already occupied by the Boer returned from the concentration camps to find the Boers’ title to stolen land legalised in their treaty with Britain over the heads of any indigenous person.

Land dispossession had never been only about controlling territory. Dispossession was key to breaking local centres of alternate power, which were often (though not exclusively) based on land allocation systems. But the political dominance that resulted from controlling land was still not the end of the matter. Both the 1913 ‘Land’ Act and the Glen Grey Act made clear an additional motive for land dispossession – forcibly creating
a labour force.

People might tolerate sending young men to work for a short period to bring home cash with which to buy guns, land or farming implements or what have you in the new economy, but they had no intention of signing over their lives to the development of capitalism in Southern Africa. As long as people had sufficient access to land, they resisted permanent work on the colonialist/settler’s commercial farms and, increasingly, in
their gold mines and industries.

The Glen Grey Act therefore imposed a labour tax on Xhosa men, which forced them to work for wages for three months a year if they could not pay this tax.

Britain’s arch imperialist, Cecil John Rhodes – wielding ‘civilising’ racism
as a flaming sword of exploitation – explained openly that the aim of the tax was to “… remove Natives from that life of sloth and laziness, teaching them the dignity of labour, and make them contribute to the prosperity of the state, and give some return for our wise and good government.” A hut tax and a poll tax, each equivalent to three months unskilled wages, forced many more Black people into the labour market.

The growing burden of these taxes sparked the Bambatha rebellion in 1906,
when a poll tax was added to the hut tax in then-Zululand, as local settler farmers found it harder and harder to get labour because of increased competition from the gold mines on the Witwatersrand. Bambatha led a rebellion after he was deposed by the British for refusing to make the 1000 households in his jurisdiction pay the tax.

The British spent the equivalent of 370 million Pounds in 2010 terms (billions of Rands) to crush the rebellion. They murdered more than 3000 resisters with machine guns and cannons, imprisoned 7000, flogged 4000, beheaded Bambatha on the battle field, and arrested his 95-year old ally, Inkosi Sigananda Shezi, who died a few days later in their custody.

As harsh as the taxes were on Black people, they did not solve Rhodes’ “labour problem”. Increasingly, the Witwatersrand mines could only work as large operations, because the gold was deep and difficult to extract. They
required substantial investment in equipment and machinery, and a large labour force – and, to keep profit margins wide, the mines wanted cheap labour.

The ‘Union’ government and the mine bosses faced a double problem. First, they depended more and more on mobilising local labour for the mines – but they were not willing to pay wages high enough to attract indigenous farmers to this dark, difficult and dangerous work. It was impossible to bring enough miners from Europe, and anyway, when these miners arrived in this country governed by racists, they stopped seeing themselves as workers and began to put on the airs and graces of expecting “white” (skilled) wages.

Second, the Union and the mine bosses wanted to modernise agriculture to ensure a steady supply of food to the mines’ labour force and the growing towns and cities. In areas such as the then-Transvaal, labour tenancy was an obstacle to both of these ruling class aspirations.

People entered into various sharecropping arrangements with Boers to maintain access to the land that had been stolen out from under them. In all
these arrangements, the sharecroppers provided labour, implements, seeds and farming skills while the Boer with title to the land took a share of whatever they produced on that land.

Despite the huge inequality in this relationship, many sharecroppers prospered through hard work and farming aptitude. The trouble with this,
from the perspective of the government and their mining buddies, was that the sharecroppers (who fell outside of the jurisdiction of poll taxes and hut taxes) retained substantial independence, while the Boers had no desire to
modernise themselves out of such a lucrative arrangement, which kept them sustainable.

On one hand, complained a magistrate, “The inadequacy of the labour supply was due not so much to the number of natives in the area as to the fact that many of the squatters [sharecroppers] are rich and unwilling to work except at their own farming operations.”

On the other hand, Sol Plaatje describes “Mr. V.”, a Boer farmer, counting “the separate bags filled with mealies and Kafir corn placed in groups around the shelter. He counted no fewer than 12 300 bags, and knew that his share would total 6 150, representing about 3 000 Pounds gross. Could he ever succeed in getting so much, with so little trouble, if poor whites tilled his lands instead of these Natives? he thought”.

The logical solution to ensuring a steady food supply would have been to support the sharecroppers, who had clearly demonstrated their ability to make the land fertile and productive using very basic technology. But this was ruled out for a regime which had already imposed itself through notions of white racial superiority.

Supporting the sharecroppers contradicted government’s other main
aim, which was to separate local people from any independent means of living in order to force them to work on the mines and white commercial farms. Rhodes and company would have been aware that the sudden leap forward of industrial capitalism back in Britain was rooted in the enclosure acts, which over-rode traditional forms of access to land in that country.

The intention was to commercialise agriculture but it had an additional effect of creating a class of poverty-stricken, landless people in towns, consequently denied any other way of making a living than to sell their ability to work, very cheaply, in the new capitalist industries.

The Union government intended to consciously accelerate the creation of a labour force by crushing the sharecroppers’ last independent link to productive land. The land act therefor outlawed sharecropping outright, and required every ‘African’ who remained on ‘white’ farms to work at least three months a year for wages.

They introduced a new twist on British proletarianisation: the same acts established ‘native reserves’, which allowed the government to reduce and strictly control the urbanisation normally associated with proletarianisation, and allowed the mines to maintain the fiction that the new class of black workers who they were forcing into existence were merely supplementing farming with their wages and therefore did not need as much money as, for example, a white miner.

These acts helped to break up the last remnants of indigenous political
systems and networks, thus removing any alternate political powers as they established “traditional authorities” appointed and controlled by the
colonial/settler government. Finally, they launched a programme of extensive government support for white farmers, including subsidies to buy tractors, irrigation schemes, bringing agricultural education to white farmers, and heavily subsidised co-operatives to distribute seed and fertiliser, to ensure that the white farmers could still produce enough food despite limited farming expertise and a reliance on underpaid farm-workers, no longer motivated by their own gain as the sharecroppers had been. It is solely this programme of subsidies that sustains the fiction that white people are better farmers than the people they found here.

The final, brutal defeat of previous systems of political power marked by the defeat of the Bambatha rebellion, which was essential to the establishment of capitalism in southern Africa, was far from the defeat of resistance. Amidst the new forms of exploitation, which amassed the enormous wealth now being exported by companies such as Lonmin and Anglo American, people uncovered a new weapon. The first black mineworkers’ strike happened in 1913, the same year the Land Act was passed.

This remains an essential weapon today in the fight for restitution, where land interests remain deeply entangled with profit interests.

Restoring pieces of ground is only the most basic step towards justice.
Restoring all that was stolen by capitalism’s racist development in this part of the world must go further to seize back (without compensation) and
socialise everything on it, over it and under it, and most of all, the enormous productive wealth currently tied up in corporate hands. 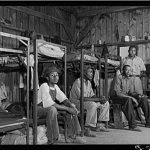 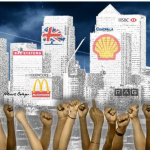 What is socialism and can it work?Politics