The election of Donald Trump has given an ideological boost to the most aggressively rapacious of the ruling class and their free market media figures.

Tens of thousands of people will take to the streets across the USA opposing his inauguration as the next president. Trump has boasted of using his wealth and fame to grope women. He has suggested overturning the Roe v Wade national guarantee of legal abortion. This has angered many and led to the calling of the Women’s March in Washington on Saturday.

As well as the economic aspects of his election there is the impact on refugees and other migrants. There are also attempts to mainstream racism, sexism and homophobia.

Trump’s election has energised the right wing. He ran a racist campaign, and many hard and soft racists voted for him on that basis. But only a minority of his voters voted for him because they were racist. Worse than the small groups of racists who embraced Trump were the larger groups of working class non-racists who went along with that racism for other reasons.

Trump’s appeal was that he was an outsider who campaigned to drain the swamp and do things differently. Meanwhile Hillary Clinton was the personification of doing things the same. Even some people who disagreed with the outrageous things Trump said felt that at least he spoke his mind. A significant minority of these Trump voters voted for Bernie Sanders in the Democratic primary, and many could be won back to working class politics.

Clinton’s failure to inspire anyone was key to Donald Trump’s election. I argued against a vote for Clinton and still would. Clinton was a friend of Wall Street, the ultimate politics insider, and a leading hawk in the Obama administration. She was perfectly happy mouthing a few pro-working people phrases, and saying, “Tax the rich and rein in Wall Street” when she felt she had to. But she didn’t mean any of it. Her administration would have been horrible for the working class, and for world peace.

Working class people had to fight no matter who won—and we should resist Trump. The working class is not well organised, not very confident and not in struggle at the moment. However, mobilisation can limit how far Trump can go. I have seen more people looking to enter activity after the shock of the election. Whether this will be big enough or fast enough is another thing.

There are not nearly enough links between activists and the unions locally. The media linked Trump’s election with the “white working class”. This has not helped middle class activists or Black Lives Matter activists to reach out to unions or look to a general working class strategy.

There are some attempts at community-based self-defence, talk of black anti-racist patrols, and so on. This is an important emerging movement the left should support, but not in a way that will exaggerate the fear.

We should keep in mind that victories on gay marriage and transgender rights started from defensive struggles. Fifty years ago the Black Panthers were born out of self-defence.

But the movement needs to be linked to more aggressive and generalised struggles. Many of Trump’s alienated working class voters will be very disappointed in his administration and his handouts to the rich. What happens with that disappointment rests on two main factors.

First is the timing of what happens in a Trump administration and the economy. What will happen with jobs? Will the disillusion be sudden and collective, or gradual, individual and demoralising?

The second factor is the mobilisation of the left and any public activity by the organised working class. The march on Washington for Trump’s inauguration and the many demonstrations the same day are an important start. But they will only be effective if used to build up confidence and continuing activity when folks go home. To my eyes it is not apparent that any forces with enough weight to do so are really working to do this, yet.

A third factor is that the non-election right may think Trump is not going their way enough. Explicitly racist groups, anti-immigrant groups, the ex-Tea Party, and the Christian fundamentalists may try to capitalise on working class disappointment. This is a major danger. And it cannot be fought by trying to win people back into voting for a Democrat again.

If the discredited mainstream is seen as the only left alternative to Trump, people will be more likely to move further to the right when rejecting Trump. It is crucial to point out the ruling class interests behind this millionaire, and the necessity of united working class based resistance in the workplace and outside. 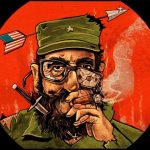 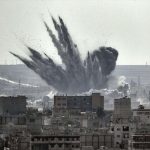 Syria – the tragedy of defeated revolutionInternational