The death of Castro, long-time leader of Cuba, last November provoked a polarised response. The establishment denounced him as a dictator who ruined Cuba, while some on the left celebrated him unquestioningly. Andy Brown argues that socialists must retain their critical faculties.

Fidel Castro’s death at the end of last year has provoked two basic reactions. One is the bitter and utterly hypocritical version of the right. Donald Trump said, “Castro’s legacy is one of firing squads, theft, unimaginable suffering, poverty and the denial of fundamental human rights.”

We on the left need take no lessons from those whose practice and associates are perfect illustrations, in the past and the present, at home and across the world (in Latin America especially), of firing squads, theft, unimaginable suffering, poverty and the denial of fundamental human rights.

For many left liberals and reformists there’s an admiration for Castro’s regime based mainly on its undoubted achievements in health and education as well as its role internationally. For others, including those who describe themselves as revolutionaries, there is a much deeper commitment to the Castro regime as a political model.

As one obituary put it: “The revolutionary society built under Fidel’s leadership remains solid, as does the political commitment to the path of socialist development he led it down… Today, participatory democracy, ‘People’s Power’, is at the heart of Cuban society… This is the example of democracy and freedom which Cuba has contributed to the world.”

However, this view doesn’t hold up when approached from the perspective of the classical Marxist tradition. A Marxist analysis of Castro’s Cuba must examine the material reality of the regime and its political and economic relations. The first point is about the very nature of revolution. For Marxists, a revolution is the process by which the working class achieves its own liberation through collective action. This was not

There was a political battle about what the strategy should be. It has been described as a debate about the sierra and the llano, meaning the guerrilla army in the mountains and a wider social movement of workers, students and peasants in the rest of Cuba, including the cities. A combination of argument and events on the ground saw the defeat of a strategy based on the mass actions of workers and students in favour of the unquestioned primacy of the guerrillas led by Fidel Castro and Che Guevara. The instrument of change was to be the rebel army. The social movement was to support the guerrillas materially and politically.

A programme for seizing power necessarily carries with it the basis of the society which will emerge after victory is won. The revolution’s leaders were in essence commanders — Castro’s title until his death. The role of the people was to offer support. This the majority of Cubans, especially the working class in town and country, undoubtedly did. They had no stake in the brutal, corrupt and pro-imperialist regime of Fulgencio Batista which had been overthrown, and did not mourn the execution of the worst of Batista’s henchmen.

In terms of government policy the early agrarian reform was crucial. Large estates were nationalised and eventually turned into collectives or state-run cooperatives. The state largely became the proprietor of the land. Control over the economy was established through the National Bank in a clear move towards a centrally planned economy.

With the tightening US embargo, Cuba increasingly looked to the USSR — first as a trade partner, then as an economic model. The state sector expanded, not least in response to the refusal of US-run refineries to process imported Russian oil.

Trade unions first came under the control of Castro’s supporters in the Ministry of Labour and then became an arm of the state, which they have remained ever since. The Cuban Women’s Federation and the Committees for the Defence of the Revolution similarly functioned as mechanisms for ensuring state control.

The dynamic of the Cuban economy

throughout the Castro regime. The form of property changed from privately, often foreign-owned, capital to state-owned social property managed by a state bureaucracy which became a new ruling class. Surplus value was and is extracted from working people for reinvestment oriented on commodity production for the world economy. This is as much the case with biotechnology and tourism now as it was with sugar from the 1960s.

In the era of the Cold War Cuba’s orientation was on economic relations with the Russian bloc. After its collapse this focus shifted to the world market and joint ventures with foreign capital. Ownership, control and management of the economy were and are with a cadre based on the Communist Party and the army. This is not (and was not designed to be) an equal society.

Cuba is renowned for its interventions abroad. In the context of the Cold War every movement in Latin America for social justice, national independence or freedom was seen by the US as a threat. The Cuban Revolution showed that the brutal allies of US power could be overthrown and that the giant could be challenged. Cuba continues to hold this symbolic role, such that for decades you could not find any anti-imperialist in Latin America who did not look to and celebrate the Cuban Revolution.

An early priority of the new regime was to establish or expand links with other Latin American anti-imperialists, many of whom flocked to Havana. Cuba had massive authority. Yet the consequences of trying to use the Cuban model in other contexts were often disastrous. A generation of the best young fighters was pointlessly sacrificed in the misapplication of a strategy that was neither politically nor militarily appropriate in other theatres. In the Dominican Republic, Paraguay, Nicaragua, Guatemala, Argentina, Peru and Bolivia lives were squandered in these attempts.

As Cuba’s dependence on Russian aid, investment and markets strengthened in the 1960s and 1970s, Cuba became an important envoy for Russian interests in the global south and non-aligned movement. This wasn’t a slavish loyalty. Castro had interests independent from the USSR, and the Cuban revolutionaries had genuine principles on independence and anti-imperialism.

The Cuban intervention in Angola in 1975, for example, represented both Cuban interests and principles and Russian interests. Cuba’s support for the People’s Movement for the Liberation of Angola was militarily highly significant and a major headache for the apartheid regime in South Africa. But it also helped advance the geopolitical interests of the USSR and establish political regimes which were neither socialist nor democratic.

The same is true of Cuban links with some Latin American governments that were highly repressive and absolutely not socialist, such as those of Velasco in Peru and Torrijos in Panama. Here the only criterion for endorsement was that they intended to be independent of US interests. A similar example is the Ethiopian Derg military regime, which switched from the US camp to that of the USSR and immediately received Cuban endorsement and support while driving revolutionaries into prison or exile and occupying the lands of other nations in bloody wars.

Socialism is the conscious repossession of their world by the working class. The workers themselves have to create and control organisations which express workers’ power. There is no guarantee that a state, even one led by revolutionaries, will express this without the direct, active and democratic involvement of the workers themselves. This is what matters when assessing Cuba under Castro. Loyalty to or admiration for the underdog who asserts independence and sovereignty against a great power is not grounds for uncritical political support.

In his obituary in the Observer Will Hutton writes that Castro “fought indefatigably against tremendous odds all his life”. This is really not good enough as political analysis. Every socialist should unconditionally support and celebrate Cuban resolve and independence in the face of US imperialism. But for socialists the final assessment of Castro and the Cuban regime must be based on an analysis of who can change the world and how it can be transformed from a state based on exploitation to one based on the fulfilment of need. On this level the regime falls far short.

The Cuban Revolution was not strangled by a lack of determination, a wrong political line or political mistakes. It was strangled by the brutality of the international capitalist system and the world market which demands subservience, dependence and poverty of all movements, peoples and regimes, in the global north or south, from Havana then to Athens or Caracas now.

It was strangled by the cynicism, violence and ruthlessness of imperialism. The solution lies in an international workers’ struggle from below, which unites the oppressed and exploited in a single battle to overthrow the system we live under — in Cuba, in the US and in Britain. 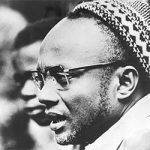 The Politics of Amilcar CabralInternational 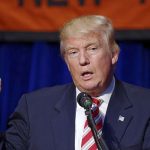