A message from The Workers Solidarity Fund Task Team

At universities and other public institutions across South Africa, outsourced workers are protesting and embarking on strikes to demand they be insourced. They believe that the first step to improving their working conditions is to make the places where they work directly responsible for them.

As students involved in workers struggles at various universities iwe have therefore decided to set up a solidarity fund to support protesting workers at universities across South Africa. When workers are dismissed, or have their pay docked for protesting (both events we have witnessed), we will try and financially support them. We will try and provide the funds needed for logistical support — transport, food, water — for their protests.

We have committees of supportive students at various universities, and hope to reach more soon. Together with protesting workers, these on-the-ground committees will decide how exactly to distribute the funds we raise, and provide records of how they spent the money so that we can be transparent to you, the donors, and to the workers we are supporting.

Any donation you can make would be greatly appreciated. If you are in South Africa, you should also make contact with workers at your local university to see how you can provide support. For instance, if you have a car you can be very useful.

If you are able to transfer money to a South African bank account you can donate to:

Proof of payment can be sent to workerssolidarityfund@gmail.com

You can also donate to our Paypal account with the email address: workerssolidarityfund@gmail.com 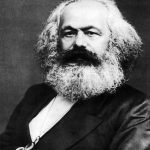