Lesotho’s rulers at each other throats

The current turmoil in this so-called “mountain kingdom” is really a culmination of a year-and-half long dispute between the coalition government partners.

The main dispute coming from the two other partners Lesotho Congress of Democracy (LCD) and Basotho National Party (BNP) is that the Prime Minister Tom Motsohae Thabane of the All Basotho Convention (ABC) “takes key government decisions without their consultation”.

This accusation is mainly based on the firing streak the prime minister has taken since formation of the coalition government two years ago. Firstly firing Chief Justice Mohapela Lehlohla and Court of Appeal president Michael Ramodebedi, then two of his ABC ministers Molubeli Soulo (then minister in the prime minister’s office) and Mophato Monyake (then minister of justice and correctional service), his political advisor, Government Secretary Retšelisitsoe Khetsi and recently Attorney General Tšeliso and Director of Public Prosecutions Leaba Thetsane, who the latter is claimed to be an ally to the LCD.

From the outside looking in, what the prime minister is trying to gain hegemony on key government positions, which when the coalition government came to power were mainly occupied by the allies of the former Prime Minister Pakalitha Mosisili.

The problem here is that some of those former allies stayed with LCD, when Mosisili went on to form a splinter party Democratic Congress (DC) during the last election. So it mainly worries the prime minister’s LCD allies, who have indeed been the most outspoken against him, taking such “drastic decisions without their consultation.” The other dispute is an anti-corruption campaign which the prime minister is embarking on which the LCD says lacks sincerity. Just days before the failed military coup LCD leader Mothejoa Metsing appeared before the magistrate court charged of corruption, where his ministry of chieftainship and local government in collaboration with Maseru City Council is said to have unduly awarded a tender to one South African registered construction company, Bravo CC, with links to him. But the case has since been withdrawn pending further investigations. The LCD has since criticized Thabane’s campaign saying it is but a concealed attack on his political rivals, whom they form part of, for if it was really legitimate then members of his own ABC party would be investigated and currently they say that’s not the case.

The coup, exacerbated already by these other events, came after Thabane’s more recent dismissal of the commander of the Lesotho Defence Force Lieutenant General Tlali Kamoli (who is said to be an ally of the LCD) to be replaced by Maaparankoe Mahao (an ally of the prime minister).

On August 30 military officers stormed the police headquarters and two other prominent police stations, Maseru Central Charge Office and Mabote, in the capital Maseru demanding the police hand over their artillery. The armoury the army claims the police intended on arming a group known as UTTA (Under The Tree Army) of the ABC to halt a planned demonstration by LCD on September 1 over the reopening of parliament. Parliament is currently on a 9 months’ suspension after the prime minister advised the king to have it closed fearing a vote of no-confidence against him by opposition parties.

During this military siege of police stations it is further alleged soldiers demanded dockets to Metsing’s corruption case and so vindicating the deputy prime minister as being part of army’s plan.

It is this turnabout of events that led the Prime Minister and his other coalition partner leader, Thesele ‘Masirebane of Basotho National Party (BNP), to flee the country. Both believe the military’s plan was to have them captured and marched to Radio Lesotho, the state-owned radio station, where they’d be forced to announce the dissolution of the government. ‘Maseribane further believes Metsing was part of this plan, hence whilst he and Thabane flee the country, the deputy prime minister stayed behind and was for a few days said to be “in charge” of government.

Whilst the coup took place on Saturday on the plea of Thabane a meeting was organized on Monday September 1 in Pretoria by Jacob Zuma between the three coalition government partners, the South African government and SADC Executive Secretary Stergomena Lawrence Tax to try and resolve “differences which had clearly gone out of hand”.

Two main agreements were reached. Firstly that Thabane would advise the king to lift the suspension on parliament and have it reopened no later than September 19 and secondly that the coalition partners should have facilitated talks to iron out any further differences between themselves. Thabane has refused to acknowledge the first agreement and has in fact suggested the hosting of new elections as a way forward and ‘Maseribane agrees. The second agreement is underway, as this article is being published, under the facilitation of South African deputy president Cyril Ramaphosa. But no matter the outcome of this whole debacle the main losers are likely to be the working class. Firstly, the working class has already lost out with the promises made by the current government to raise the national minimum wage of factory workers to M 2, 020 during the 2012 national election, but this has yet to come into fruition. The minimum wage of factory workers is a measly M 1, 100 (up from M 800 during Mosisili’s rule). Public servants have also received a lowly 7% increase. Secondly, these events taken as a whole smell of civil war, of which Metsing hasn’t been quite in airing he fears not, but this is exactly where the prime minister’s “irresponsible actions” are dragging the whole country into. Such a turnabout seems is what Thabane is banking on and hopes the South African government and SADC will intervene by taking his side and thus clinch hegemony on power which he so much yearns. But all this will come at a heavy cost, maybe of even the lives of those who’ll be used to engage in such open warfare, the working class yet again. To be honest even in a small country as Lesotho capitalism already offers no hope nor incentive to working class people and it is therefore up-to those seeking an alternative world to build towards this end and this can only be achieved through a workers’ party built of the most advanced section of workers who push towards such a moment and that moment is workers’ revolution.

And as for now the events in this country might offer one a lasting education about the development of the class struggle in its infancy.

ANC REPORT USED TO ISOLATE NUMSA AND THE STRUGGLE FOR SOCIALISMUncategorized 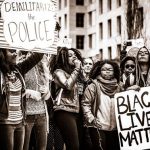