Is there a Parliamentary Road to Socialism?

When the global financial crisis hit in 2008/9, the governments of the world raised $8,500 billion to save the banks from collapsing. If they wanted to lift the world’s poorest people out of poverty for the next 50 years, it would have taken a fraction of that amount. But this would be against the logic of capitalism. The world’s leaders are more likely to attack their own people – like in Marikana and Ferguson – or go to war to protect their interests, as we see in Iraq and Syria, than tackle the human misery that is caused by capitalism.

At the same time, the contradictions of the system are forcing more and more people into fighting back. Many of the struggles we’ve seen, in Egypt, South Africa, Greece, Brazil, and Hong Kong, are for food, jobs and constitutional change. Across the world, even if they wanted to, the bosses can’t afford to concede the reforms workers and the oppressed are demanding. The resulting high level of struggle makes the debate around the parliamentary road to socialism all the more urgent.

The majority of people who don’t like capitalism also believe that capitalism cannot be brought down by the mass of working class people, and that we have to rely on parliament for reform. Even though people can see that the system is stacked against them, they hope that by electing left parties into government their lives can be better. This is because we are brought up to believe that capitalism is normal. Society tells us that if we want a different system, we are extremists or utopians.

The state we live under, the capitalist state, is designed to prevent change and resist alternatives. It works in favor of the capitalist class. When we take part in elections, we are meant to feel we have decided things for the country or the local municipality. Once elected, MPs are not accountable to the people. They don’t ask us before they launch imperialist wars, before they decide to spend money on e-tolls instead of housing or hospitals.

The first human societies didn’t have states. The state was developed when we learned to farm better and there was a surplus. An elite developed to own this surplus and wealth. They developed a state to protect their private property.

So states, by their very nature, are set up to protect the private property of a few, and therefore, for violence – often aimed at its own people if they revolt. This is why the miners were shot in Marikana. This is why the police fire at protesters. The state, and that includes parliament, exists to keep everything as it is – to protect capitalism.

Of course, it is easier to rule over people if they think there is consensus and democracy. The reality is, the state consists of a whole layer of people who are immune to democracy or accountability: the police chiefs, the army generals, the secret services, the top bureaucrats, the central bankers and the judges.

In Britain in the late 19th century, there was no party to represent workers’ interests and the trade unions formed the Labour Party. This was a big step forward. At last the trade unions had some political voice in parliament. By the 1920s, the Labour Party was the main opposition to the Conservatives. In this position they argued that there was little need for radical struggles as workers could get improvements by voting Labour into power.

Since then, the history of the British Labour Party has been one of making noises when in opposition, but once in power, of being pro-capitalist and anti-worker. They’ve smashed strikes and pushed through nasty welfare cuts. Tony Blair’s Labour cabinet ignored millions of anti-war protestors and pushed through the vote to go to war against Iraq in 2003.

When we talk about a workers’ party in South Africa, we often look to Greece and Latin America.

This is because in Latin America big struggles have taken place over the past couple of decades in response to neo-liberal policies that have attacked workers, peasants and the poor.

In Argentina, Ecuador, Bolivia, Venezuela and Brazil we have seen these struggles translate into electoral victories for left parties or parties that are critical of neo-liberalism. But it would be a mistake to confuse these left leaning Latin American governments with the popular wave that pushed them into power.

Although we celebrated the election of PT, the centre-left Brazilian party, we also know that Lula, its leader, signed an agreement to abide by IMF terms before even coming to office.

Once in office, he cut public sector pensions to keep within those terms, and distributed even less land to the landless than did his right wing predecessor, Cardoso.

The current Brazilian president, Dilma Rousseau, has presided over similar economic policies that leave about a third of the population living below the poverty line, and using the forces of the state against those who fight back – as with the attacks on strikers and protestors in the run up to World Cup

In Greece, Syriza is an electoral party that was formed by a coalition of the left. It came out of the strike movement, the occupying of public squares, and mass demonstrations against the pro-austerity forces. Syriza made gains in the 2012 election on a platform of cancelling the national debt that stands at 200 times the Greek GDP.

However to stand a chance of winning power in the next parliamentary elections, it is portraying itself as a “responsible” party that is ready to take office. This means a mellowing of the central message on cancelling the debt payment. Syriza has now promised that on taking power, the party would not make any unilateral moves, but would renegotiate the loan treaties with the Greek ruling class and European Union.

Another sign of mellowing is how Syriza have behaved around organs of revolution – strikes, workers’ movements. During the teachers’ strike in May 2013, the party’s leading trade unionists helped the right wing government to oppose the strike and helped to get it called off.

Syriza’s leadership pursued this strategy to send signals to the ruling class that it is not as dangerous as its opponents imply. The problem with this strategy is that people voted for Syriza in the first place because they thought it would bring meaningful, radical change. Syriza is now losing this support as people can’t see a difference between this position and that of the more center left parties.

These current experiences of left reformist parties must help us to work out what kind of party workers party we need in South Africa. One lesson is that the workers party cannot separate itself from the masses.

The living wage demand is a revolutionary demand because capitalists cannot afford to pay workers a living wage and hope to make the kinds of profits that they expect, especially during these times of economic crisis. The fight for the living wage can help to weaken the system. But to win, this has to be a united fight, one that sees the building of a workers’ movement that can take this system down once and for all.

Honk Kong; the Right to ChoiceUncategorized 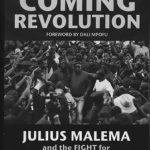 The Coming Revolution by the Economic Freedom Fighters (EFF)Uncategorized